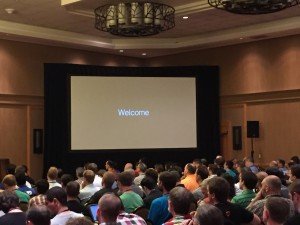 Another year, another amazing 360|iDev. I’ve spent the last few days digesting everything that happened. It was amazing (I know, I already used that word), we all came together, 400 of us from all around the world, and spent four days sharing, learning, laughing. It was humbling to be surrounded by so many smart, cool, outright awesome people. Each year I’m reminded why (at least I think) we’re the best iOS Developer conference around.

Some neat details from this year: 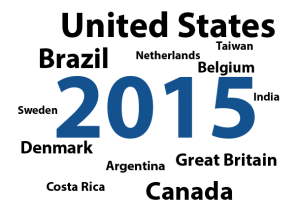 We tried some new things this year, we went from one lunch venue to 3. Folks got to pick where they wanted to eat, meet new people each day over a meal outside the hotel. 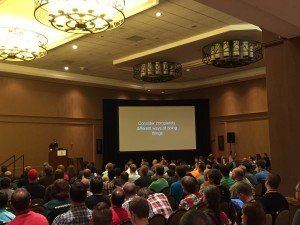 We decided to make photography a more official part of the conference. We had an official photographer, and we had a photo permission policy. Each attendee (by use of stickers; red, yellow, green) elected their preference for their picture being taken. I think it was a great start, next year we’ll do something even more visible than the badges, since in many pictures you can’t see the badge. Fuad did a great job and made sure he respected everyone’s wishes. Check out the amazing photos from this year.

Moving forward, next year my goal is to have 6 lunch options, to further ease the wait times, and spread a little bit of economic love throughout the Denver community.

One thing I realized i don’t do well is handle scholarship/community support tickets. I don’t allocate the time to market the existence of such a program, and then don’t have the time/resources to properly handle the submissions, let alone attempt collect money to help handle these tickets when awarded. 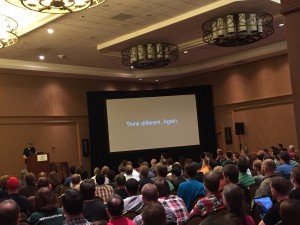 To that end, next year there will be a $1299 ticket, It will include a full conference ticket for the purchaser and the remainder above that (Tickets max out at $799) will be put into a pull to award scholarship/community support tickets. I’d like to have enough of a purse to either cover or offset the hotel fees for these tickets as well, since even saving $799 doesn’t mean someone has the funds for nearly $1300 in hotel fees and travel. That’s my goal, saying it here to keep me honest on delivering on it.

I’m working on final emails and such, but wanted to thank all 55 speakers, every sponsor, and every single attendee for once again setting the bar high for “best 360|iDev yet”. I already can’t wait until next year.

One of the best parts of 360iDev min